When it comes to Energy Systems Development (or Cardio Training), there are three energy systems that you use while exercising. They are split into two categories: With oxygen and without oxygen.

All three energy systems are necessary for almost any form of sport or gym-based program, and the purpose of this article is to discuss each and explain how they work together. Let’s start by defining each energy system and taking a look at what they do.

The Anaerobic Alactic (ATP-PCr) System Is Used For Short, Intense Bursts of Exercise

It is an organic chemical that is used to transfer energy between cells. Every action that you produce during the day requires ATP. The body does not store much ATP in cells but is excellent at replenishing it. Studies have found that the body can recycle an entire body weight’s worth of ATP each day [1].

The result is a new organic chemical called Adenosine Diphosphate (ADP). However, ADP is fairly useless when it comes to energy production. You need that third phosphate molecule.

Luckily, your body stores phosphate molecules combined with Creatine – called phosphocreatine (PCr). The purpose of this article is to give you an idea of what is happening — rather than a complete scientific breakdown — so let’s simplify:

In a perfect world, this process would continue indefinitely and we wouldn’t need cars anymore because we could just sprint 3 miles to work each day :). But you only have a small amount of ATP and PCr stored in your body. Supplementation with Creatine Monohydrate can help you store slightly more PCr in your muscles, but it’s not going to make too much difference.

Because of the limited stores of ATP and PCr in muscle, the ATP-PCr system is only used for very short, intense bursts of exercise. It can last for around 5-10 seconds, but this will vary depending on your fitness level, your diet (vegetarians have much lower amounts of PCr stored in their muscles), and the exercise type.

The Anaerobic Glycolytic System Is Used During Prolonged, High-Intensity Exercise

Let’s say that you were performing a 400m sprint, for the first 5-12 seconds your body would use stored ATP to produce energy while using phosphocreatine to replenish ATP. At the same time, another ATP production method would be kicking into gear. This energy system uses dietary carbohydrates (stored in the body as glycogen) to produce ATP.

Anaerobic glycolysis is used by the body during prolonged high-intensity exercise when oxygen demand outstrips oxygen requirements. Anaerobic glycolysis turns glucose or glycogen into ATP. While doing this, it also creates lactate (or lactic acid) by turning glucose into Pyruvate through a process of 10 chemical reactions. The end product is 2-3 ATP molecules and lactate.

Lactate helps recycle (or regenerate) glycogen in the liver. This allows you to keep exercising for longer. Sadly, lactic acid has a bad reputation among the general public as many blame it for muscle pain and fatigue during prolonged exercise.

For a long time, scientists believed that lactic acid was responsible for muscle soreness and this was what was taught. It’s an easy mistake to make because lactic acid is released at the same time that muscle soreness begins. But correlation does not mean causation.

Anaerobic glycolysis is dominant immediately after the ATP PCr system runs out of steam, and will last for 90 seconds max. The body cannot keep performing at such a high intensity for longer than that, and you will begin to slow down as fatigue sets in. This allows you to breathe in oxygen and transitions your body into our final energy system.

The Oxidative (Aerobic) System Is Used During Prolonged Aerobic Exercise

The final energy system that we utilize is the aerobic system. In many ways, it works similarly to the Anaerobic Glycolytic system as its primary purpose is to turn glucose or glycogen into energy (ATP). Just like the Anaerobic Glycolytic system, you start off with glucose being broken down via glycolysis into Pyruvate (also known as Pyruvic Acid).

Instead of turning Pyruvate into lactic acid, the oxygen present breaks down Pyruvate until it becomes Acetyl-CoA. This is then entered into the Kreb’s Cycle, and later, the Electron transport chain. Eventually, you end up with 36-40 molecules of ATP (compare that to the 3-4 that Anaerobic glycolysis produces).

If you kept on running for longer, you might begin to run out of stored glycogen (there’s around 2,000 calories worth in most people). After this, the body will use stored energy (body fat) to keep you going. This process is less efficient than the glycolytic system but is very similar. Fat is broken down into fatty acids, which then goes through beta-oxidation, to become Acetyl-CoA. The rest remains the same.

People who run marathons tend to switch from using glycogen to using stored fat at around the 15-20 mile mark. They describe it as “hitting the wall” and try to prolong this feeling for as long as possible by carb-loading before a race.

During the first 5 seconds of the race, our runner is accelerating and trying to build a lead. At this point, he is mainly using the ATP-PCr system to generate energy. The other energy systems are contributing little during this time.

At the 10-second mark, the runner will still be using ATP-PCr but now it will only be contributing 50% of the energy. At this time, 35% is coming from the Anaerobic glycolytic system, and 15% from the aerobic system.

At the 30 second mark, most of the energy is now coming from Anaerobic glycolysis (65%), while the aerobic system has increased its contributions and ATP-PCr has almost run out. Between 60 and 120 seconds into the race, the anaerobic glycolytic system takes over.

After the 2-minute mark, the runner will begin to use his aerobic system for energy. By the 4-minute mark, he will be relying almost entirely on the aerobic system. This example works if you believe that a 1500m athlete would spend the entire race running at 100%, which is generally the case with elite athletes.

In many cases, the runner may start to slow and reserve his energy for a sprint finish. That behavior shows that energy system use is not as simple as we’ve made it out to be above, but you get a general idea. You can now see why a 1500m runner would need to train all three systems to get the best results.

While our example highlights middle-distance running, nearly all sports require the use of every energy system. Tennis is made up of very short, intense rallies that require your ATP-PCr system, and short games that require the anaerobic glycolytic system. But a match can last for hours, which requires a good aerobic system.

The Unique Recovery Capabilities Of The Energy Systems

How could a marathon runner manage to sprint to the finish line at the end of a 26-mile run? Surely their ATP-PCr system would be depleted after the first 15 seconds? Well, it doesn’t work quite like that.

All three systems work together to replenish ATP. Baker, McCormick, & Robergs (2010) wrote: “The replenishment of ATP during intense physical exercise is the result of a coordinated metabolic response in which all energy systems contribute to different degrees based on an interaction between the intensity and duration of exercise” [2].

Glycolytic ATP production (either Aerobic or Anaerobic) can also lead to replenishment of phosphocreatine (PCr). This means that the ATP-PCr system is constantly replenished [3]. Obviously, this will diminish as exercise continues and there will come a point where you will be too fatigued to perform a sprint. Hopefully, this gives you an idea of how a long distance runner could suddenly put on a burst of speed after running for an extended period of time.

Remember, all three energy systems are operating simultaneously whether at rest or during activity. The only difference is one system will predominate depending on the demands of the activity.

Power Capabilities Of Each Energy System

Let’s imagine that you were performing a bench press of your bodyweight. For the first rep, you have a lot of energy at your disposal and your chest drives the bar up explosively. Your second rep is decent, but rep three is lacking the same amount of power as the first two reps. This is because you have used up your fast-release energy and are now relying on the anaerobic glycolytic system. Still powerful, but not quite as powerful as before.

Reps 5-12 are even more difficult. You are no longer driving the bar explosively. In fact, you are just pushing it. You’re working harder now than you were on rep 1 but you’re noticing a drop in power, an increase in muscle soreness, and your technique is suffering.

You re-rack the bar and lower the weight before immediately starting again (a drop set). Though the weight is much lighter, you are still struggling. This is because you are now using the oxidative system almost exclusively, and your power has dropped to near nothing. Your technique has declined significantly, and your muscles are on fire (thanks to all those Hydrogen ions, right?).

The above example uses the bench press, but it also applies to running, jumping, or any exercise. The longer an exercise continues without rest, the less power you will have due to the different energy systems.

There are two ways to use your heart rate when training. The first and most accurate method is to wear a heart rate monitor like the My Zone system. It will automatically calculate your heart rate training zones for you.

The other option is to use your Rate of Perceived Exertion (an RPE Chart is included in the 6-Week Cardio Program below) to estimate intensity. Since the first method comes with a cost, let’s take a deeper look at the RPE Method.

The rate of perceived exertion is a scale of how hard you feel while you are working. The one we’ll use measures exertion from 1 to 10. At 1 you are essentially doing nothing. At 10, you are exercising so hard that you think you might pass out.

For your convenience, I have created an in-depth 6-Week Cardio Program (enter your details below and I will send it to you) utilizing a three-session weekly rotation so you can train across the Energy Systems continuum. I’ve also included a sample training schedule and noted when you to do your strength training sessions. I’ve even added an RPE chart in case you don’t have a Heart Rate Monitor.

Finally, I want to thank Dr. Tony Ricci for reviewing this article and giving it his stamp of approval. Make sure you follow Dr. Ricci on Instagram as puts out awesome content.

an introduction to strength training v2

Power has been an industry buzzword for a very long time, “build powerful arms” or “follow this program to increase your leg power” are standard phrases used by the fitness industry to sell supplements or training programs. However, while most people would say that being powerful is a good thing, you would probably struggle to 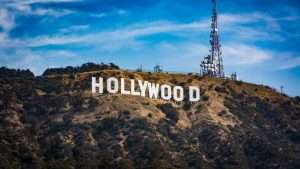 The Real Truth About How Hollywood Stars Transform Their Bodies

Believe it or not, the most famous celebrity transformations are often filled with fluff… Or as I like to call it, “Hollywood Hype.” But before I reveal the truth behind Hollywood’s hottest bodies (from experience, of course), allow me to introduce myself. My name is Joe Dowdell. For more than 20 years, I have been training 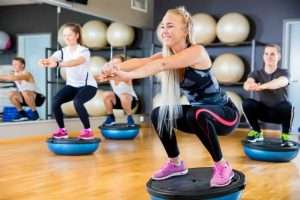 The fitness industry never does things by halves, does it? Everything becomes black or white, and very few people pay attention to the shades of grey in between. Before the 90s, unstable surface training was used exclusively by physiotherapists and the occasional sports coach. Then it got picked up by personal trainers and really blossomed

June 26, 2018 No Comments
Shopping cart
There are no products in the cart!
Continue shopping
0
Scroll to Top